Awesome article on the fundamentals by Bobby Shew; trumpet extraordinaire. 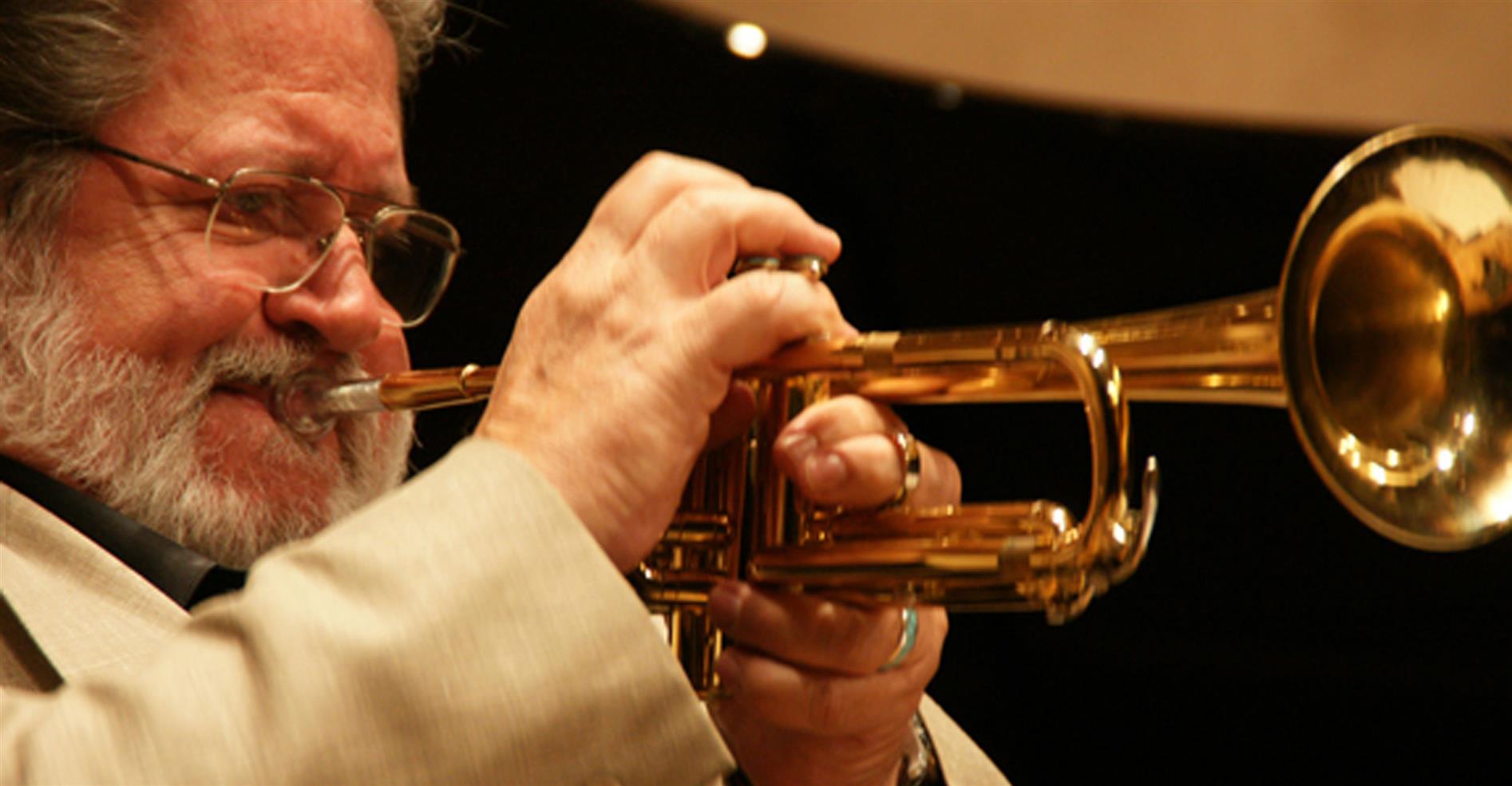 1) FEELING OF THE LIPS

No brass player will have much success if they do not feel some degree of ease and comfort when they put the instrument to their lips. The primary purpose of a responsible, workable warm-up is to ensure this comfort thru producing a "familiar" feeling. Naturally, a younger player's feelings will not have had as much of a "track record" so the familiarity factor is considerably less profound. There have been numerous systematic opinions as to what kinds of "exercises" should be played in order to accomplish this warmed-up condition. Most all of them produce a result of some sort, although not as consistent as one might hope for on a daily basis.

Setting the instrument aside at first, we have learned thru the medical and sports training professions, that a simple "fluttering or flapping" of the lips and cheek muscles acts as a form of massage and increases the blood flow into the muscles. This helps "clean" the muscles of residuals such as lactic acid, etc. that accumulate from previous playing periods. It also helps provide oxygen and blood sugar to the muscles, both of which are necessary in order for the muscles to function at their best. This "muscle preparation" should be done for anywhere from a couple of minutes up to perhaps 5-10 minutes, depending upon the individual as well as the desired condition for whichever playing situation one is preparing for. A few rest periods intermittently placed will help things settle and will also help you OBSERVE the improving condition. Naturally, someone preparing to play lead trumpet in a jazz ensemble would want a slightly different result than someone preparing to play in a concert band or symphony orchestra. BOTH, however, could be achieved by starting with the flutter. The differences would be when the person moves on to actually playing ON THE INSTRUMENT, the final step in the warm-up. A middle step which I feel is very important, is to do a bit of mouthpiece buzzing after the fluttering and prior to the playing on the instrument.

This is one of the areas of brass playing that causes a great deal of confusion. Much discussion about the importance of the diaphragm has sent many a player down the road to confusion, inability, and bleeding lips. The upper part of the torso contains a large FAMILY of muscles that all have been designed to function in a teamwork fashion specially when we do something requiring FORCED EXHALATION, i.e., blowing out candles, spitting something out of our mouth, OR BLOWING ON A WIND INSTRUMENT.

There are 3 layers of abdominal muscles from the groin to the sternum (breastplate); there are 2 layers of muscles (inner and outer) in between the ribs; there are back muscles from the lumbar region upward to the shoulders; there is the diaphragm just below the lung sacs; and there are muscles coming-down diagonally from behind the ear which connect to the top of the rib cage . When a person does a "forced exhalation", the entire family is activated as a "one-family" movement. They ALL simultaneously increase their tension levels in order to raise the internal compression level (PSI) in the lung chambers. This moves the air FASTER which is one of the first necessary things that must occur when a player moves "upward" in the register. The area that the player needs to become aware of is NOT in the diaphragm but in the center of the abdominal muscles, approximately near the navel. The body has a natural way of centering itself if you only just try to blow suddenly as if spitting a piece of rice or blowing out a candle. By learning to control the variance of tension, either isometric for holding a compression level or by tightening and relaxing the degrees of tension based upon what you are playing, one discovers that it is really the abdominal support that controls the air. This ab support certainly influences the diaphragm but it is NOT the diaphragm alone that moves the air. It is the FAMILY of muscles, all guided by the abdominal centering.

Easily the most misunderstood aspect of brass playing is what is "supposed to be happening" with the lips and embouchure in general when we play. For years we have been told that our lips are supposed to be buzzing at all times when we play any notes. In fact, the lips must vibrate but NOT in the close configurations as when we do lip buzzing. The air, once compressed, must have a pathway to be released in a controlled manner from the body.

The air actually initially aims at the surface of the top lip, hopefully as far forward as sensibly possible. When it moves at a high velocity, it causes the lip to vibrate from the impact of the air hitting it. The air doesn't just go past the lip, it "spins" into an eddy (a kind of whirlpool) which "bounces downward" as it spins out of the eddy and this downward movement activates a vibration on the surface of-the-bottom lip which also then spins into another eddy. These are called vortices (vortex is singular) and they are the basis of a "sympathetic vibration" occurring between the two lips...which IS WHAT PRODUCES SOUND.

The closer you put your lips together, the softer, smaller, thinner, or more "pinched" your sound will be. When you open up the size of the aperture, the first thing you will notice is the freedom of the movement of the air, then the opening up of the sound. Once the aperture is opened, the player must also increase the tension in the ab support to increase the air flow which in turn must fill the larger gap in the aperture opening. This forces the player to USE THEIR AIR which IS the more efficient way to play. All people ever taIk about is AIR but then the confusion hits when they try to explain how it works and what the player is "supposed to be doing". Soft, delicate playing requires that the player close the aperture down as the airflow is also diminished but understand enough to know that when you "shift gears or hats" as a player into a more demanding situation such as playing lead trumpet, the key is to balance the support and air flow with the aperture.

These aperture muscles need to be developed properly as well. The best exercise I know for this is lip buzzing as long as the player doesn't start to confuse the tightly pursed lips necessary in lip buzzing with what is necessary and different when actually playing. Lip buzzing also must not be done in long hard sessions. It is best done conservatively, usually 30 second sessions done around 10 times a day, a lot less to NONE on busy playing days.

The use of an improper mouthpiece equates with trying to drive nails with a screwdriver. We were all told at an early age to "do everything on one mouthpiece" and "avoid those mouthpiece traps". Well, I'm here to tell you that I TRIED that...for years and years. I kept believing that someone knew what they were talking about . After all of the years in this business, playing on so many bands, sitting next to so many great and famous players, I saw a different attitude about equipment. People were always "looking for the magic mouthpiece"....BUT, they WERE LOOKING !! The activity of investigating, trying, asking questions about, whatever....it's a great adventure and you eventually really can learn some very important things about WHAT and HOW to use in the area of mouthpieces, perhaps different for different situations. Some MAJOR classical players whom I know use different pieces for different horns such as "C", "Bb", PICCOLO, etc. Some players switch mouthpieces occasionally even on one trumpet just to help improve the way they play a certain style of music. Sounds SANE to me...sorta, 'THE RIGHT TOOL FOR THE JOB"!!

You can really help your young students by being more encouraging, positive, realistic, and INFORMED about making adjustments in equipment. Simply, if a kid is playing in your concert band, wind ensemble, or orchestra, it's recommended that he or she play on a lower compression (deeper cup) mouthpiece. It helps produce sounds that fit the music better and it makes the student feel greater ease in playing the style correctly. If the same kid plays in your jazz big band, suggest they find a high compression (shallower ) mouthpiece which helps that player access not only into the upper register, but to just get quicker response from his or her efforts. This translates as ease of playing . Naturally, the "sensible" thing to do is to try to get a mouthpiece with a similar rim and inside diameter for both situations. This is pretty easy to accomplish as long as the student is playing on a standard, stock piece. It doesn't always have to be precisely EXACT, just close...."in the ball park"! The younger students won't so much notice nor be adversely affected by slight differences whereby a pro will much more likely be more sensitive to minute differences...but not always!

Don't be afraid TO TRY!! Better to explore and discover than to keep your head and mind buried in the sand of tradition (and misinformation). 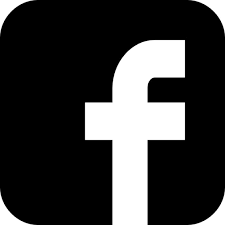